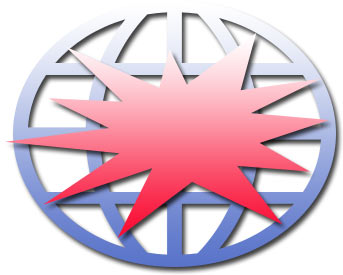 Sometimes we watch the news a lot, maybe every day and maybe all day in times when something big has gone bad with the world.  In these times, sadly, most news channels show you what they need in order to get more revenue from their commercial break or create more feelings in you for the pictures you see, you might don’t mind or even detect this – But this has effects your mood and sometimes even your personality.

It has been shown that the most successful people in the world, control whatever they see, and almost never watch the news. It’s not that they are ignorant to other people problems – it’s that in most channels / newspapers the news displays itself in an ignorant way which is really unhelpful for anyone, not for you and especially not for the one which the news report is based on.

This can mainly be seen in featured news shows when you get a one hour show which tells you the story of people who really need help, and the goverment doesn’t do a thing about it because thats how the goverment does things these days (they claim). wheater if thats true or not, the news staff was there and never helped these people and they didn’t even give them hints that might help them get out of the situation. They won’t even post a call number from which their millions of viewers can contribute money to solve these problems.

News channels have so much power at these moments and what do they do ? they shoot you off to commercials, that were very well planned before to grab on these feelings of yours and concentrate on the ice cream commercial which is now displayed.

Because of this, I stopped watching TV channels and News commercials, bought a TV on damand box, and only watch the programs I like (without commercials) – I urge you to try it, one you do, you’ll notice that things just look a lot brighter for the world and for you.